We are official Acer spare parts partner of Acer Computer in Germany.

If you use your notebook primarily for gaming, the Predator series is a good choice. With this series, Acer developed a notebook that is especially designed for gamers' needs. Thanks to a powerful processor and a high-resolution screen, the models of the Predator series are perfect for all gamers. The Predator Helios convinces with a 17.3 inch display. This offers an excellent FULL HD resolution. The Predator Triton series convinces with a powerful CPU, as well as the graphics card. The Acer Nitro offers a lot of performance for a small price. The most popular Nitro 5 series shows itself with attractively priced graphics cards

Whether at home or at work. The Acer business notebooks can be used for any situation. The Acer Swift is slim and powerful to work comfortably on the go. The Acer Enduro series is designed for high durability. Revolutionary convertibles with good features are the Acer Spin series. The Acer Chromebook starts within seconds, offers thousands of programs and integrated virus protection. TravelMates are full-featured business notebooks that offer outstanding performance, handiness and security features. Extensa is designed for business professionals with daily computing power and functionality needs. ConceptD is a novel approach to computing that enables creative minds to unleash their full potential.

Acer was founded in Taiwan in 1976. The computer company is one of the most important notebook manufacturers on the market today. Acer is especially appreciated for its powerful and yet inexpensive models. Acer's business model increasingly refers to a design company. Thus, the production as well as the distribution is to be transferred to outsourced companies. With the takeover of the manufacturing giants Gateway, as well as Packard Bell in 2007, the Asian company continued to strengthen its position on the international market. Acer's large product range includes notebooks as well as desktop PCs, monitors, all-in-one PCs and even projectors. In the meantime, the sale of tablets and smartphones has largely been discontinued. Consequently, only a few smartphone and tablet models are still offered. 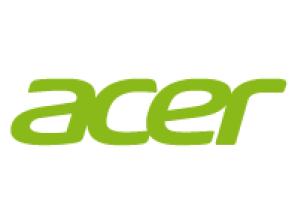